The Ethics of Ghostwriting in 2020

March 31, 2020 Posted by nDash Community For Marketers, For Writers

Back in 2016, I wrote an article for nDash entitled “Is Ghostwriting Ethical?”  Recently, the folks at nDash asked me to take another look at the topic in light of how much has changed — and how much hasn’t — over the last four years.

My first thought was that I couldn’t even remember the last time I had heard the term “ghostwriting” other than in the context of writing celebrity “tell-all” books. It’s not the dirty little secret it was a few years ago when a lot of readers still assumed the blog posts of their favorite brands were written by the people whose names and faces were associated with the brand.

Now, though, there’s just so much content churning out daily. There’s this cool site called Internet Live Stats, and, as of the time of this writing, just over five million blog posts have been published — today. And 73% of major organizations hire someone to manage their content production. Combine facts like that with the rise of the gig economy, and most readers at least suspect that there are a lot of nameless, faceless writers working in their PJs from the comfort of home.

“Today, I think most reasonable adults understand that a majority of content out there is likely crafted by a professional or by an outsourced team. This is also true of thought leaders, who, once you think about it, do not exactly have time to sit down and write a 1200-word article on a regular basis. I don’t think anyone I know, both professionally and personally, would truly be shocked to find out that someone of prominence didn’t write their own content.”

So now that the deception factor is out of the way, what’s left of the 2016 ethical concerns?

That may be true at the content mill end of the spectrum. If you’re making $20 per article, you must crank out articles so fast to make a living that there isn’t time to do research. The math just doesn’t add up.

Personally, I often spend more time researching topics than writing an article. Even if it’s a topic I know well, I want to make sure I refer to and link to the latest data, trends, and the like. I never assume I know everything about a topic, even after writing about it for years. Things change!

“Over the years I’ve tackled multiple ghostwriting projects in the content marketing space. One aspect of this writing style that I feel the average reader is unaware of is the level of collaboration between the writer and the person getting the byline. I spend hours reading my interviewee’s past writing so I can emulate their tone and style. That’s in addition to the phone calls and emails to discover the inside scoop on the topic they want to share with the world. I feel ghostwriting that’s performed in this way is ethical. Bottom line: I’m hired for my writing and language skills to help someone express their thoughts.”

The bottom line is that when brands pay for quality, they get quality: professionals who invest time and effort in getting things just right. On the other hand, brands have some responsibility, too. Somebody inside the company has to read and approve the content before it’s published.

Ghostwriters are being exploited

People worried a lot about the writers who were being exploited — all of that work and no byline.

That one had some merit, especially since so many writers at the time were being paid $5 for 1,000 words. Even then, however, it wasn’t about the byline; it was about abysmally low pay. The byline is a non-argument: When you do the work I do (most of it, anyway), you’re selling a product. The buyer can use that product as they wish, even if that means slapping their own name on it.

If someone is promised a byline and doesn’t get one, that’s unethical. But when both parties agree to terms upfront, it’s not.

But what about their portfolios?

Back in 2016, there was this really weird paradox going on. The people who hired content writers — primarily agencies — wouldn’t hire you without bylined links to your previous work. But when you wrote for them, they wouldn’t give you bylines. Even I got frustrated with that one — editors and account managers who didn’t see the irony in not hiring you because you didn’t have the same bylines they wouldn’t give you.

But this is another area where I think a lot of change has taken place. Unless you have a specific NDA, a lot of brands don’t mind if you include a link to their content in your portfolio. In addition, a lot of brands are also aware of how much work is ghostwritten, so they’re unlikely to balk if you send them a link to an article under someone else’s byline.

This goes back to what I mentioned earlier — outsourcing content creation isn’t a dirty little secret anymore. Everybody knows everybody else does it, and everybody (well, most people) are willing to give a little to get the work done.

Plus, a lot of ghostwriters are making a lot of money.

Sure, there are still some old-style content mills that offer ridiculously low prices. Even on nDash, brands who are accustomed to the typical content mill experience often post assignments in the $30 – $50 range. But the thing is, those assignments tend to sit there, unclaimed, for weeks. Because writers know that there are brands willing to pay a lot more for quality content that accomplishes their goals.

Here are some situations where hiring (and paying for) the right writer is critical:

Writers who have the skills to solve clients’ problems instead of just churning out copy from a content brief can make good money.

Unsurprisingly, you can find extremes in both directions. I’ve had a company ask me to pay them to publish my content on their website. I also talked to a marketing director who was regularly paying a particular writer $800 for a 1,000-word blog post.

From a broader perspective, Upwork’s 2019 Freelancing in America survey claims that there are 57 million freelancers in America, and they contribute an excess of $1 trillion to the economy each year. I think that’s a pretty big deal! 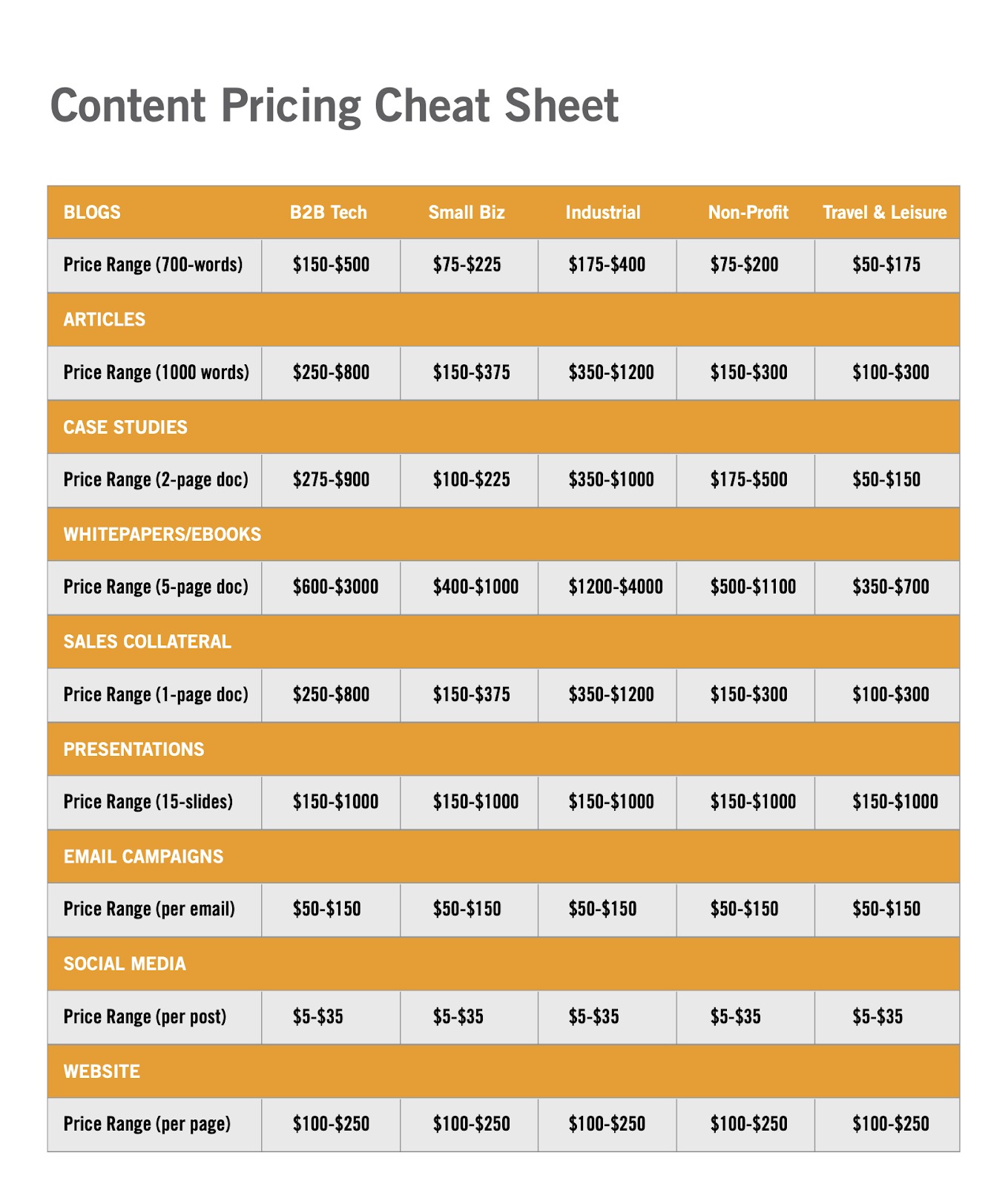 Ultimately, when it comes to the ethics of paying content writers, it’s a matter of balance. Neither party should take advantage of the other’s naivete, whether it’s a marketing director taking advantage of a new writer who doesn’t know what to charge or a writer taking advantage of a brand that’s so desperate for someone to get them out of a content mess that they’ll pay whatever the writer asks.

So, where do we stand on the ethics of ghostwriting?

Practically speaking, there’s no such thing as ghostwriting anymore. It’s just content marketing. If you want to get into the specifics, here are the facts:

However, there’s an evolving situation that threatens to upend the content writing market

This may not fall under the umbrella of “ethics.” But it’s an extreme example of good intentions going very wrong. And it’s hitting a lot of content writers right in the bank account.

California’s AB 5, which went into effect January 1, 2020, was intended to protect contract employees (primarily Uber drivers) from companies that used their status as contractors to avoid providing the benefits permanent employees received.

Unfortunately, it seems that legislators didn’t completely understand how the overarching gig economy works. It’s not just about Uber drivers. And many of the people affected don’t want to be full-time employees. They want to remain contractors, but they’re having a hard time figuring out how to do it.

While many professions have been affected, it’s had a very negative impact on freelance writers. This is because of the nature of the work they do. (It’s usually related to the company’s core business function.) Some have reported a drop in income of as much as 40%. Others say they’re starting to see job postings that specifically say writers from California aren’t eligible. And, for those willing to hire Californian content writers, they’re limited to 35 submissions per year. After that, they’re cut off until the beginning of the next calendar year.

So what can writers in California do?

While there are lawsuits in the works, my suggestion is to form an official business. My husband and I formed an LLC a couple of years ago. And while we don’t live in California, it would protect us if we did. Working as an LLC, I’m not a freelancer or a contractor. Instead, I’m a business owner selling a product or service.

So, where does that leave us?

Where it leaves us is that we rarely refer to ghostwriting in content marketing anymore. People realize that much of the content they read is outsourced, and the free market has done its job, driving up the prices for quality content so that the best writers get paid what they’re worth.

It seems the ethical issues that plagued “‘ghostwriters” in 2016 have mostly disappeared into the mist. But, now that ethical concerns are out of the way, a lot of writers are having to contend with laws like AB 5 that severely limit their income. Fortunately, incorporating your business should solve that problem, and it’s not as expensive as you may think.

So…shall we end with a cliche?

“The more things change, the more they stay the same.”

Web content writers have slain many of the dragons plaguing us when we first began this crazy adventure. But others continue to take their place. And, as always, we’ll figure out how to conquer them, too.

This post is by nDash community member Patti Podnar. With decades of experience, Patti has written for clients in a wide range of industries. Examples include technology, business, manufacturing, and others. To learn more about Patti — and to have her write for your brand — be sure to check out her nDash profile. 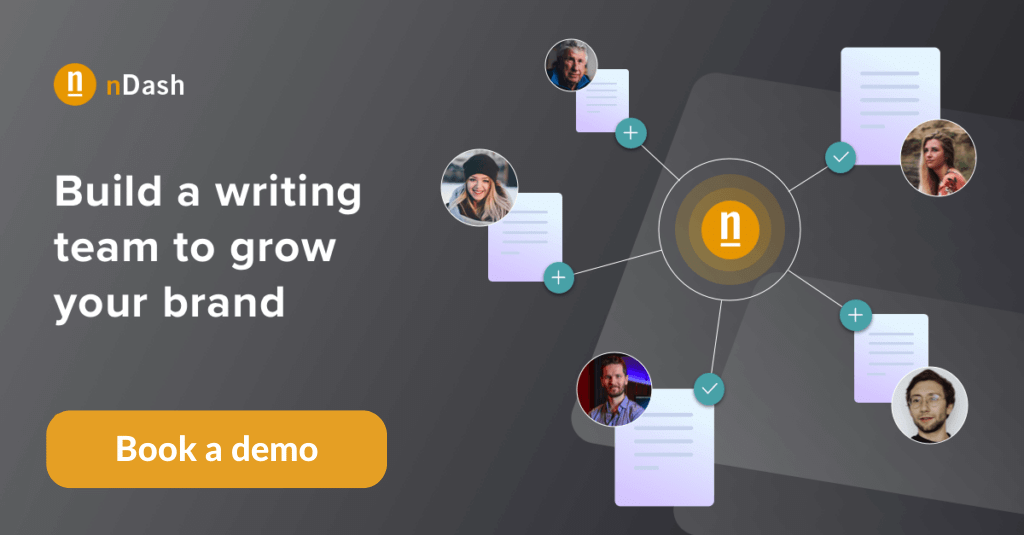